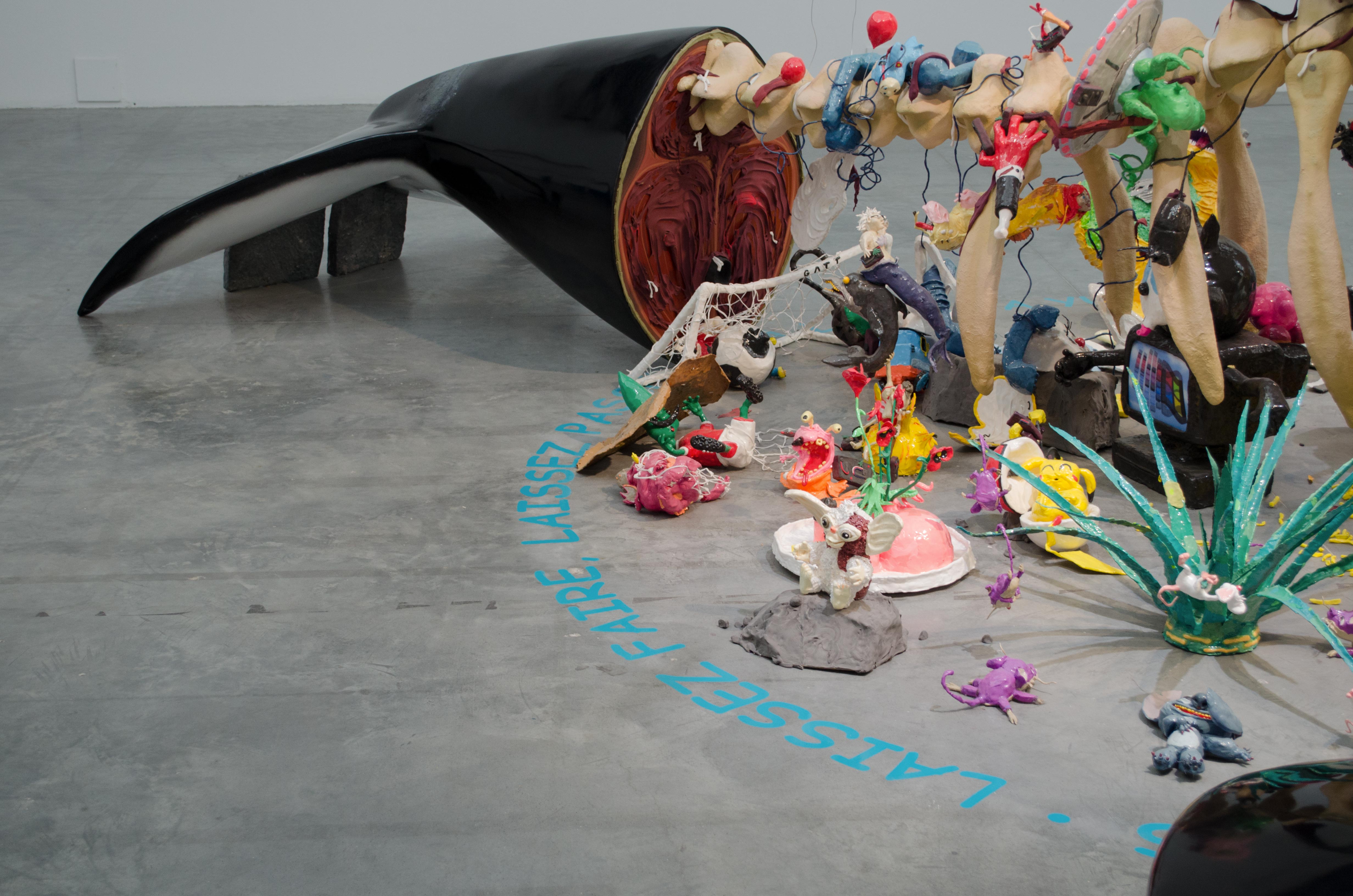 Sa la na, a yuum, iasis/laissez faire-laissez passer is a multimedia installation built by Biquini Wax EPS and conceived as a parodical allegory of Mexico’s economic liberalization between 1986 and 1996. Here, the anatomy of Keiko —the first superstar killer whale— operates as the vessel of a poetic and objectual scenification that turns its carcass into a museum populated with material urban culture. This digestive environment, fashioned from the remains of the maritime beast, is a powerful economic metaphor of how neoliberal policies intertwine with a Latin American context proper to late capitalism.

A three-level narrative is deployed by the piece. The first level represents Keiko’s life events from 1986 to 1996, during his captivity in Mexican amusement park Reino Aventura. The second level corresponds to Mexico’s political and economic history, during the key years for the establishment of neoliberalism. Finally, the third level recovers Keiko’s relationship with instances of mass culture that echoed this oceanic —or economic— openness. Together, these registers propose a metaphoric image of Mexico’s captive economy liberalization through the idealization of Willy/Keiko’s freedom, effectively enabling a parody of the “postmodern pastiche” by interrupting the idea of trade utopia and exploring its successive collapses.

The installation is constructed by a fiberglass replica of a 7-meter-long orca —similar to Keiko’s real-life size— that contains a series of sculptures made with malleable foamy, representing subsets pertaining to the 10 years that the whale spent in Mexico. Through these objects, time is presented as referents to pop culture and television consumption of the period —a medium that transformed Keiko into Willy, an export commodity and ideal of capitalist freedom.

This work includes a two-channel video. In one channel Keiko, interpreted by a mask designed in the snapchat platform as he performs an interview with himself, vocalized in the cetacean language. The other channel shows iconic scenes from Free Willy, the Hollywood movie that launched the killer whale into global stardom. 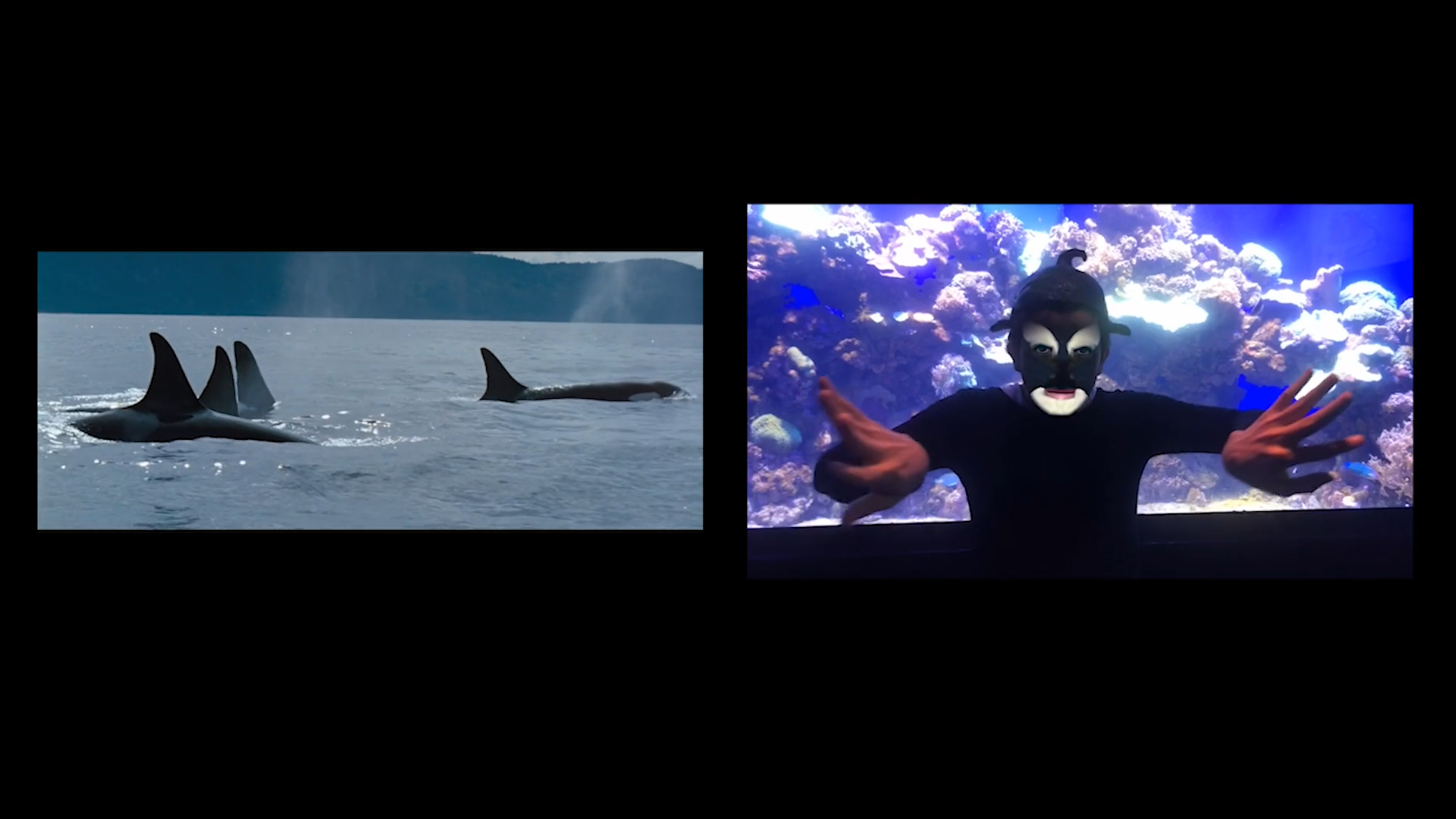 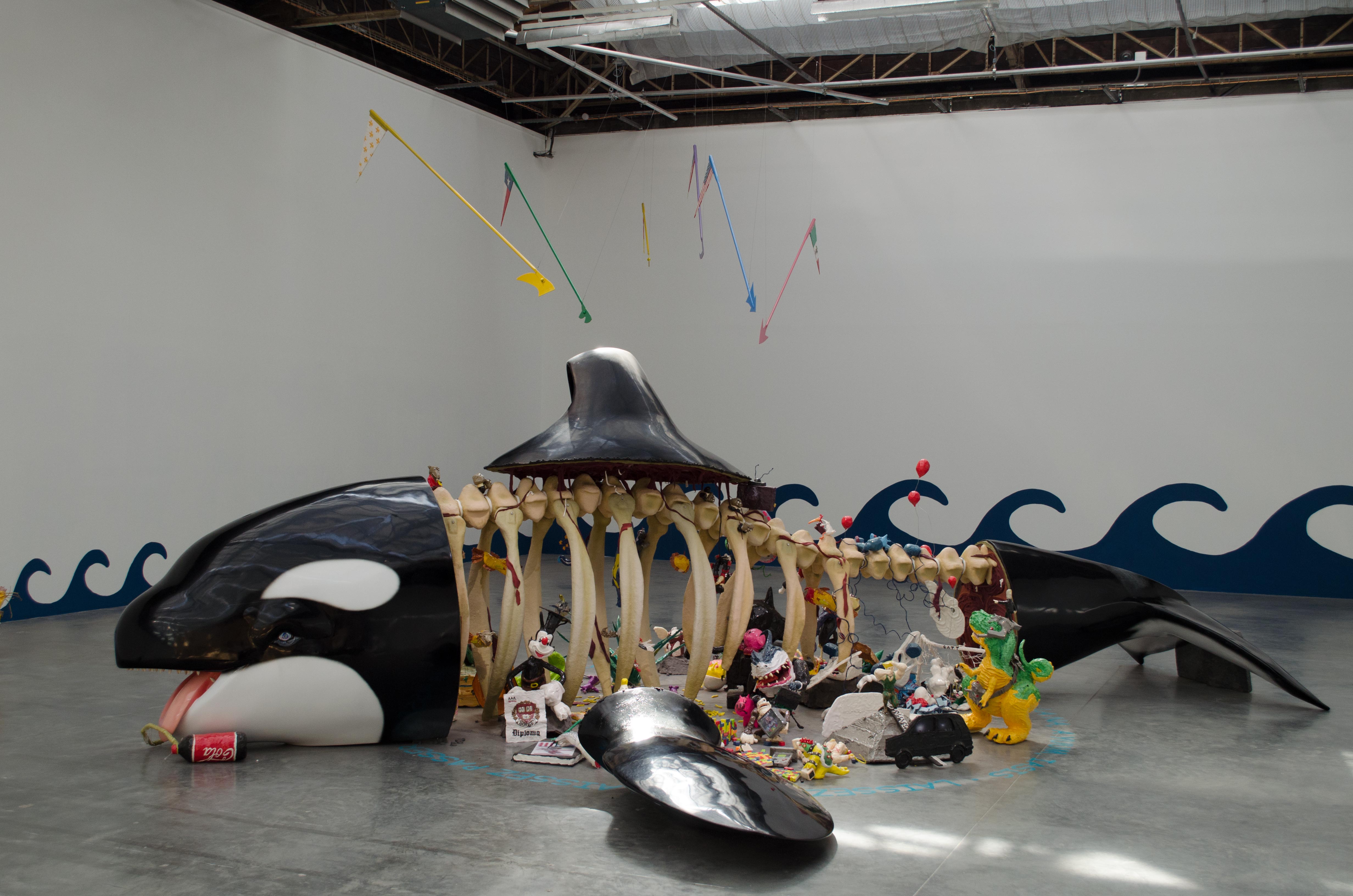 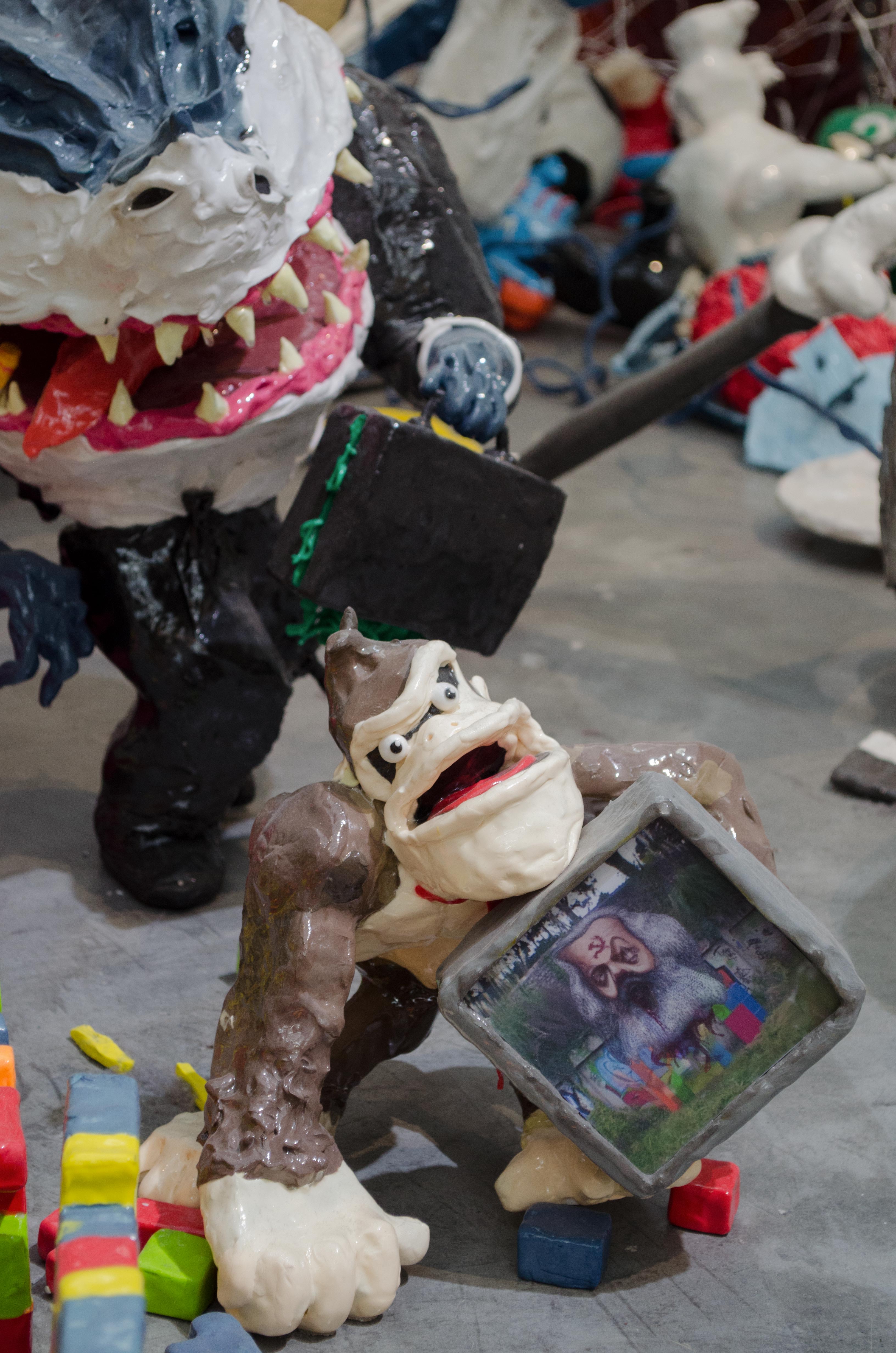 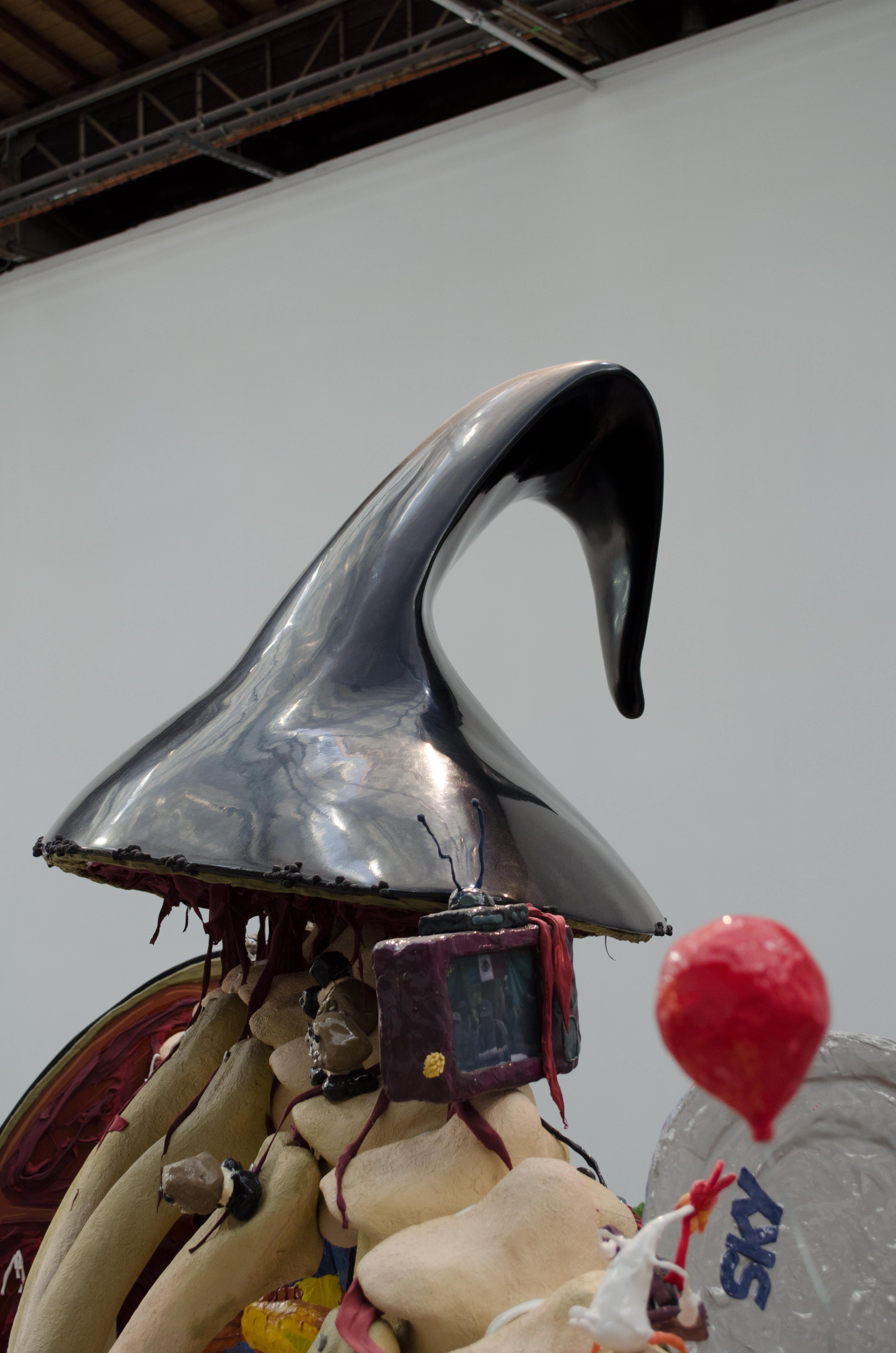 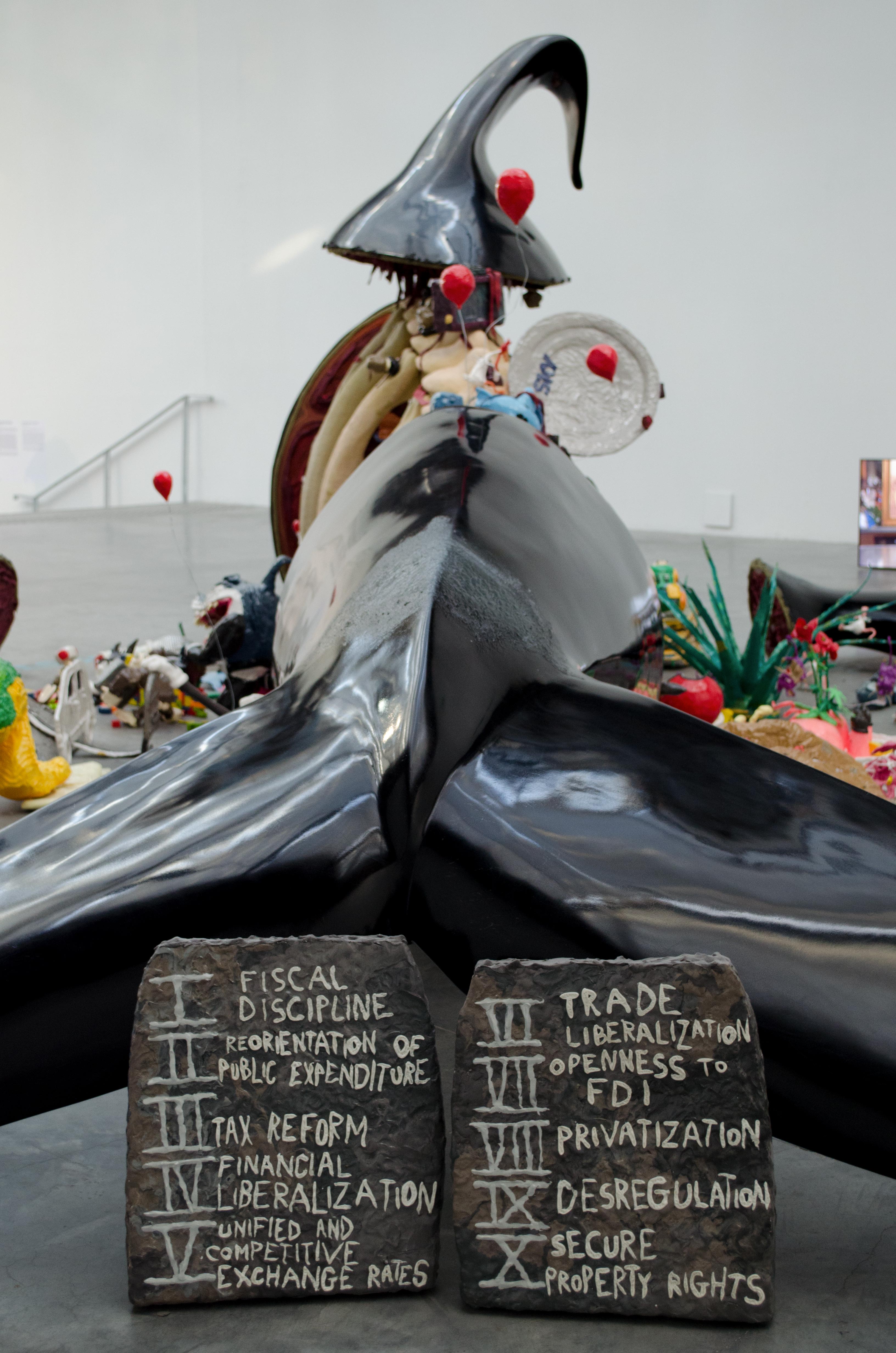 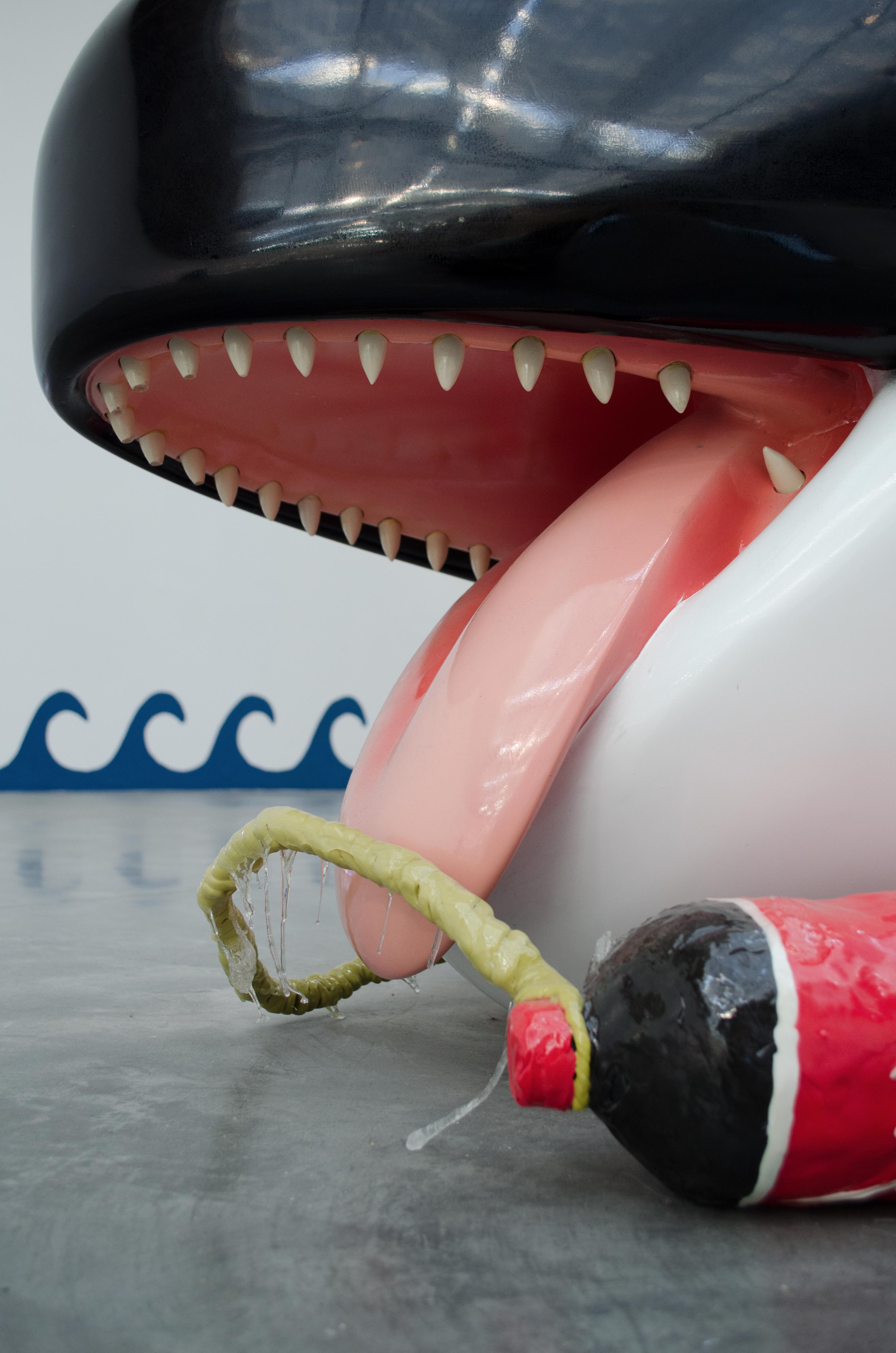 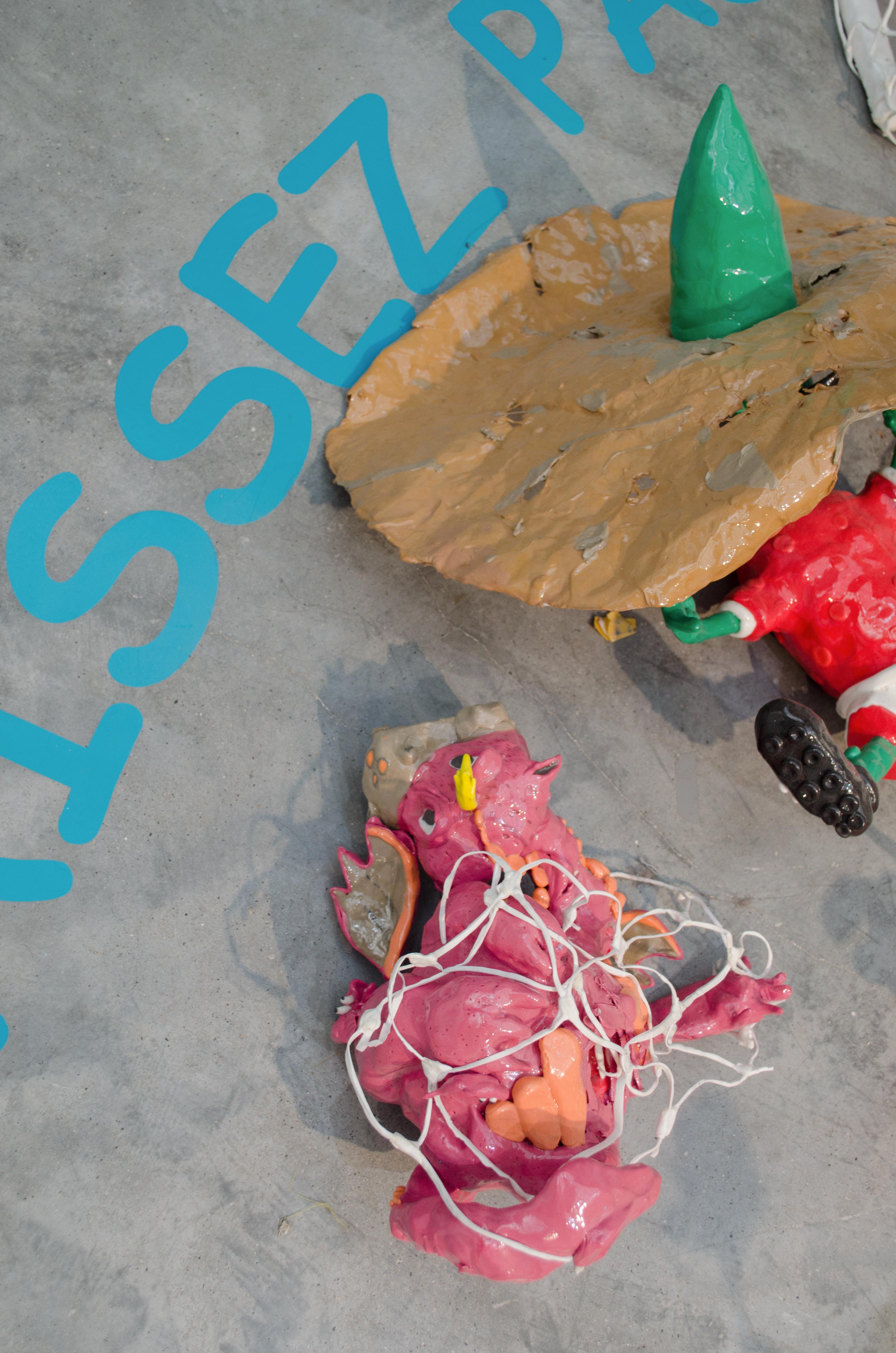 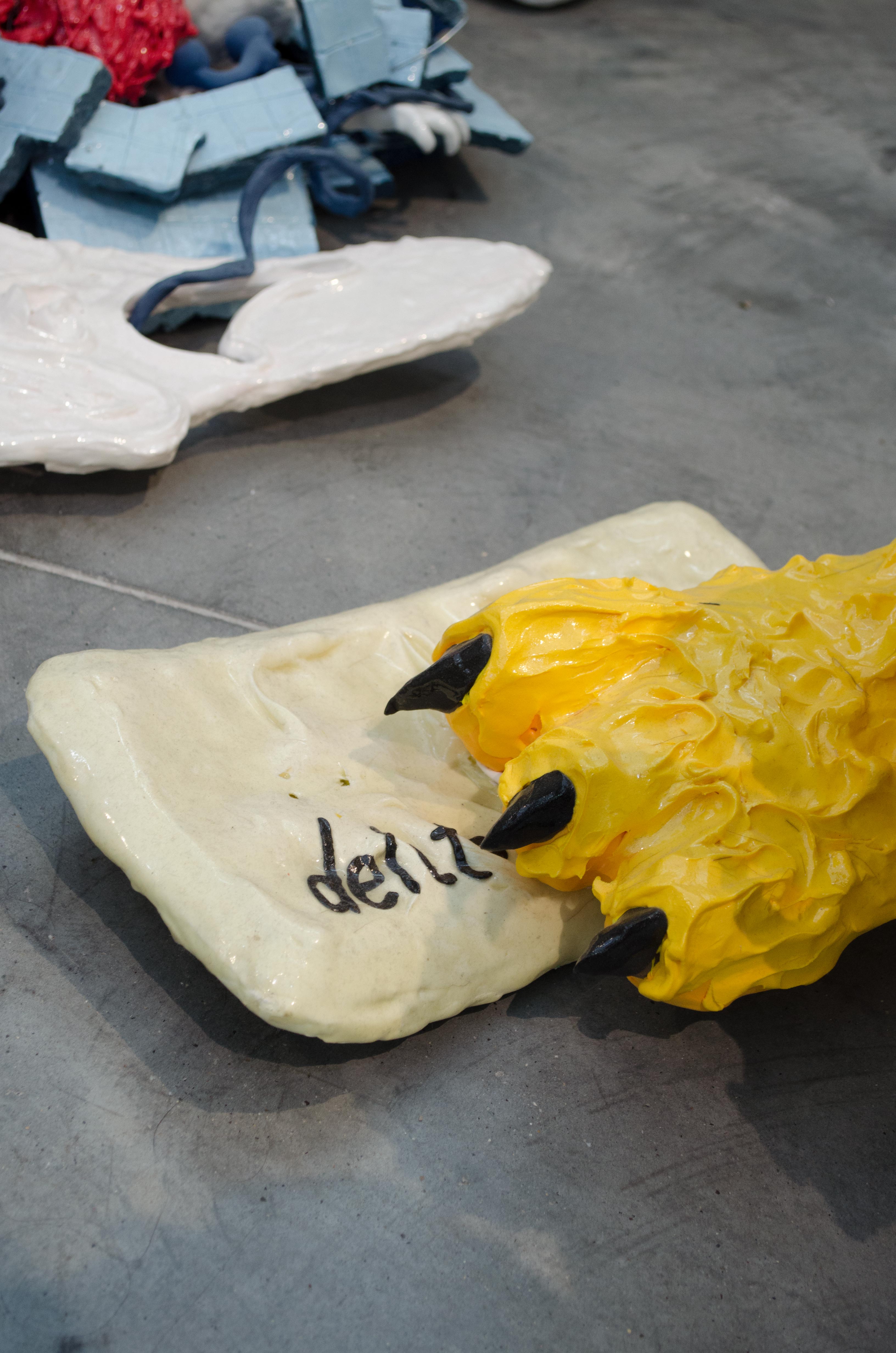 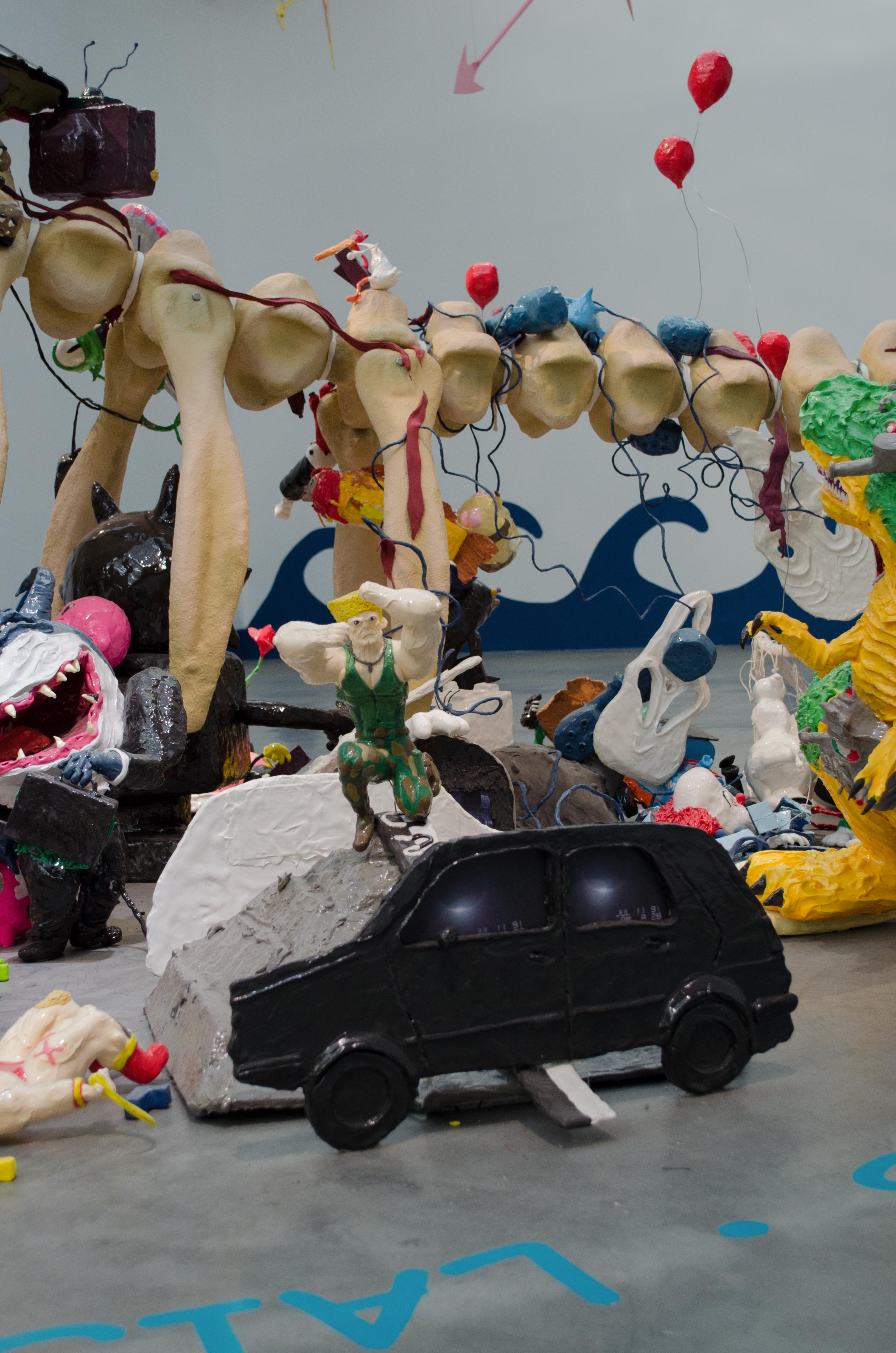 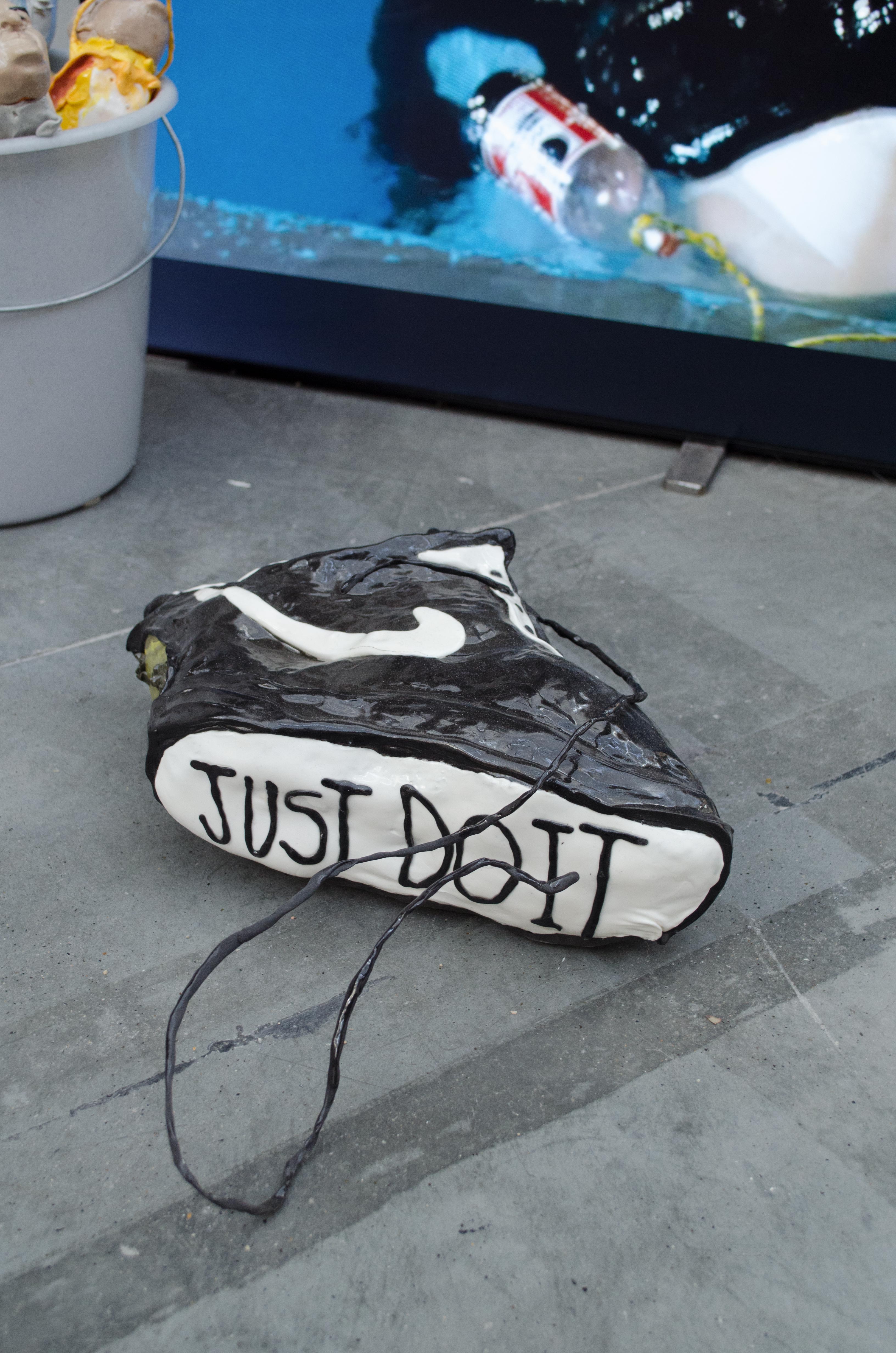 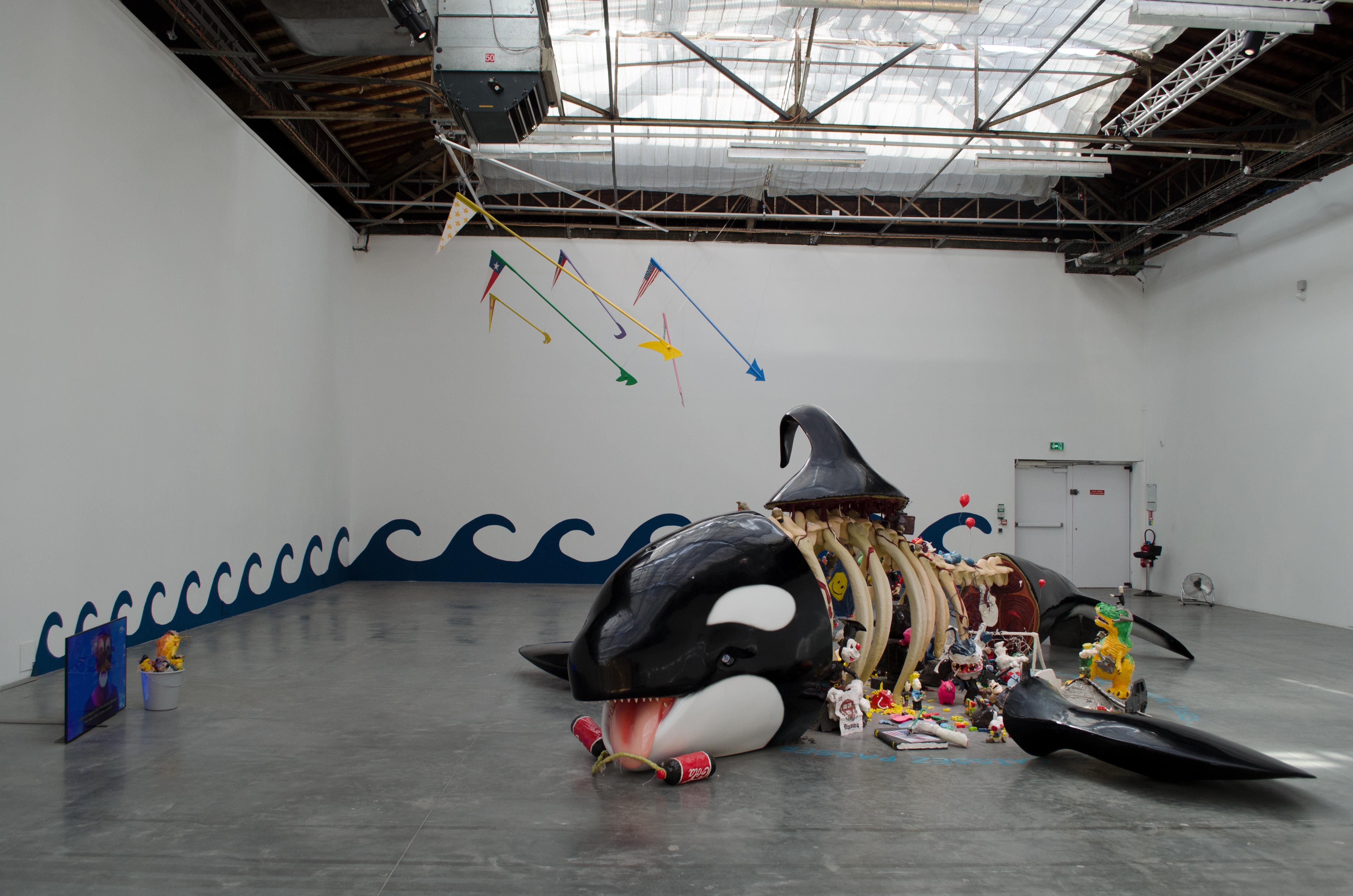 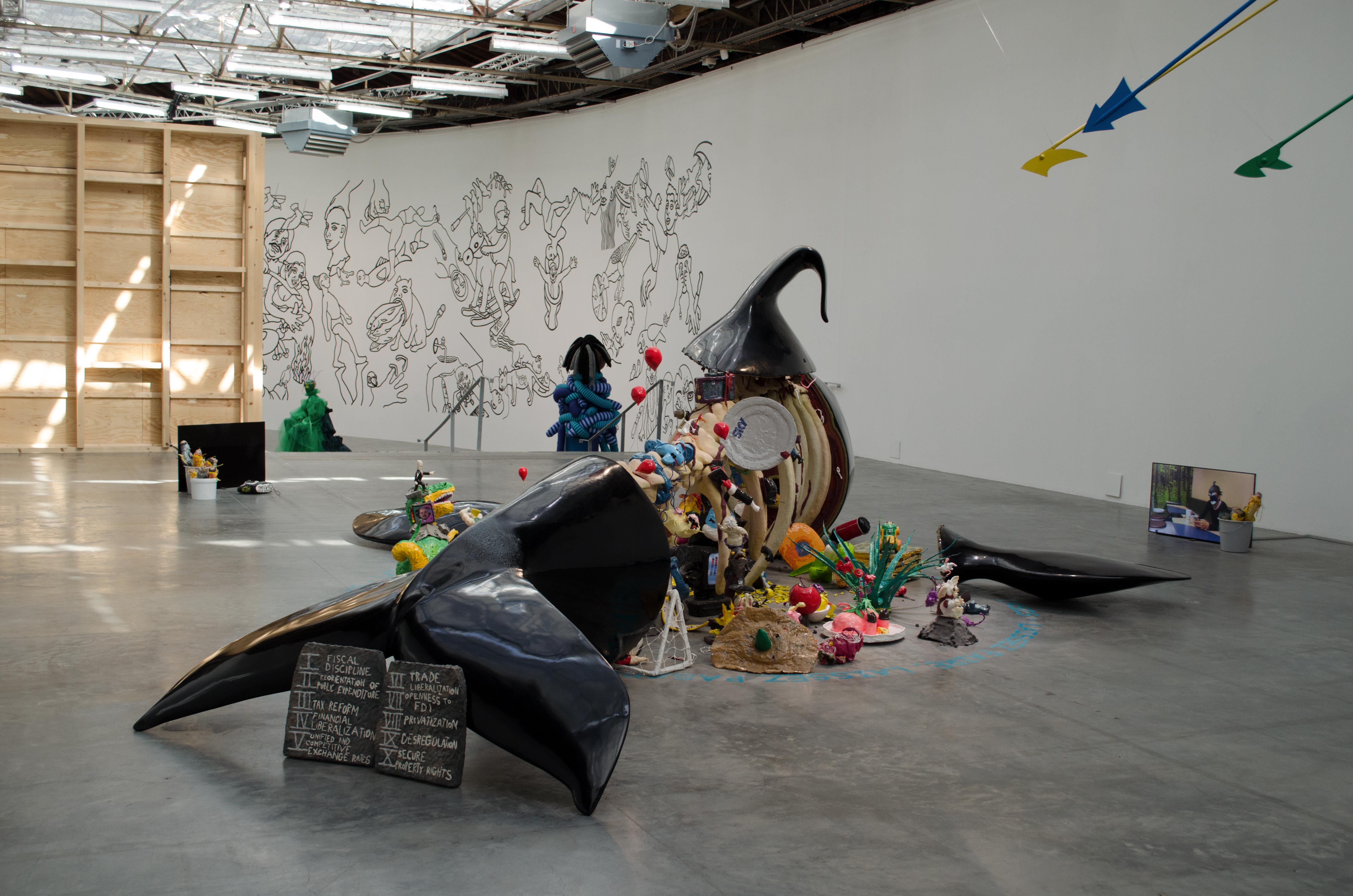 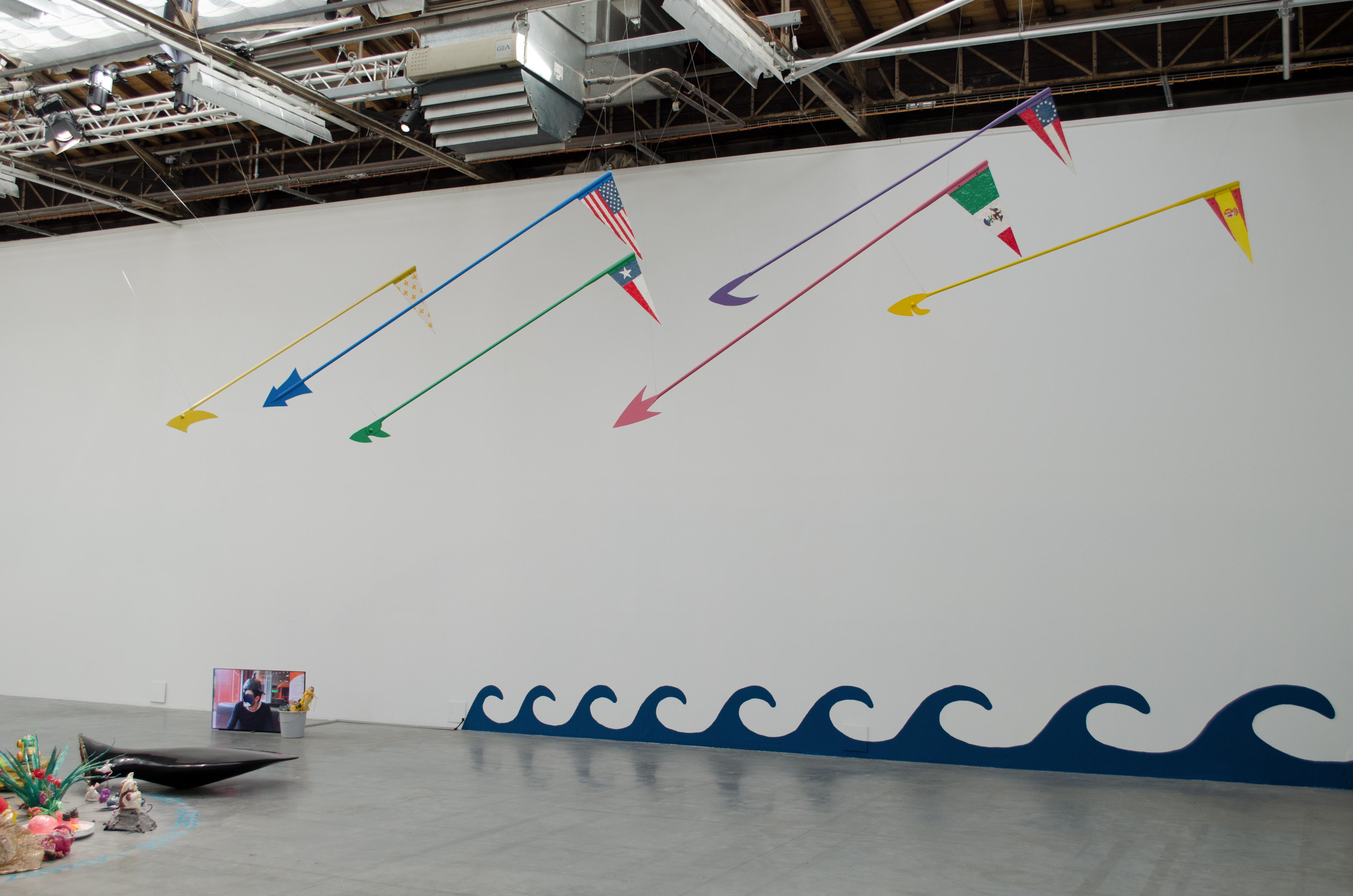 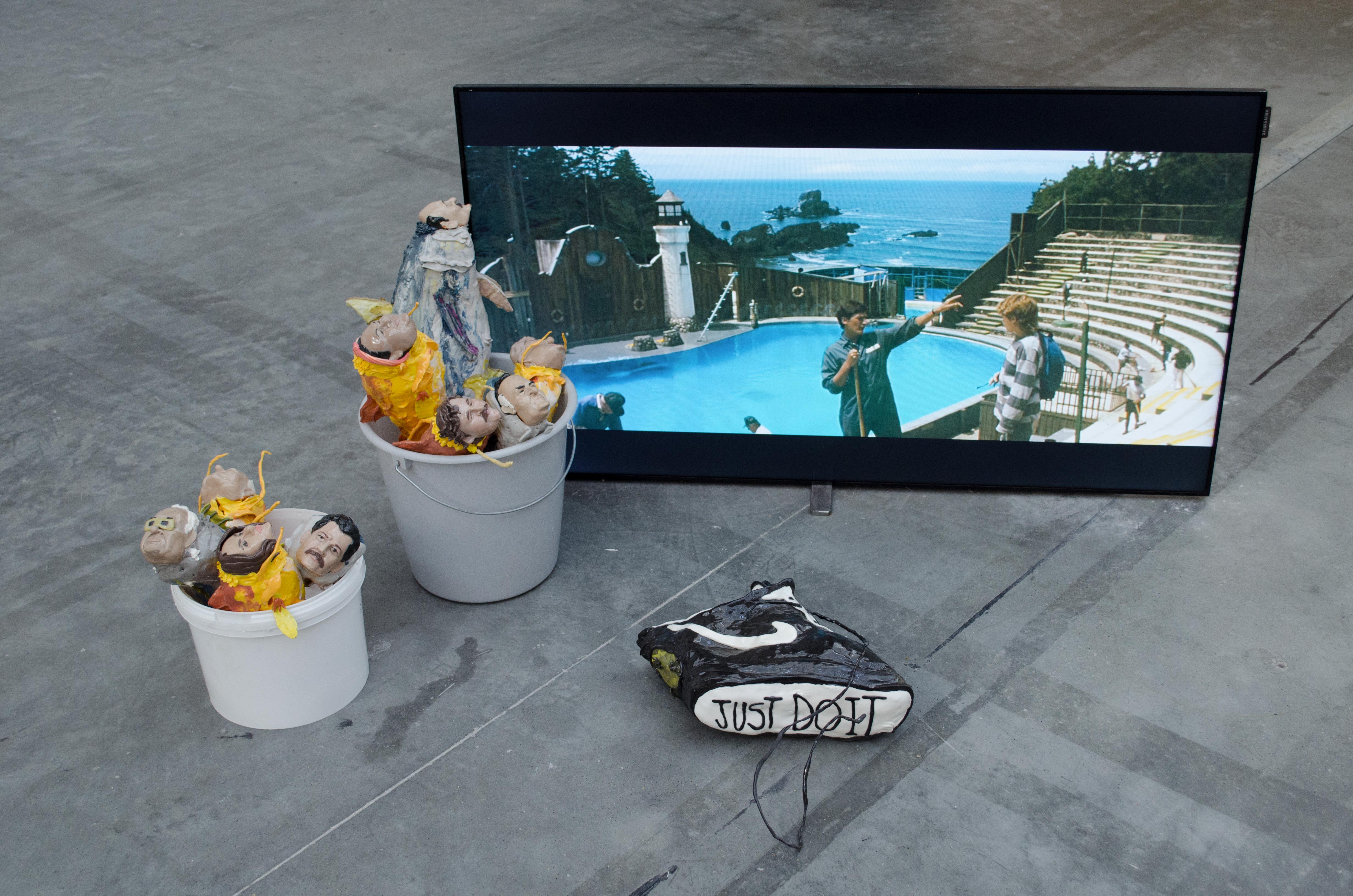