Ongoing Dreams of a Baroque Totality 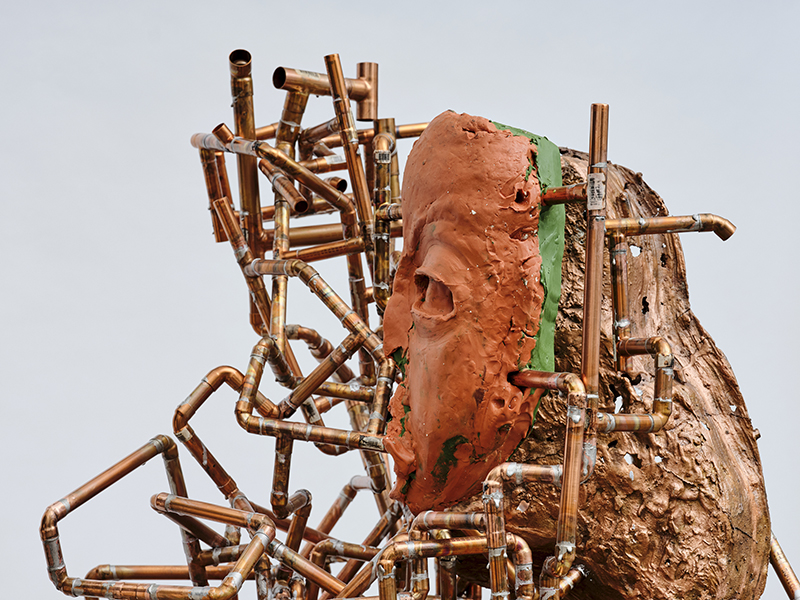 Let's begin with a (hi)story. What’s history but turning raw matter and events into narratives and irrevocably,into aconflict between narratives?This anecdotetook place in New Haven, at Yale University, where I have been living for the past 2 years. In 1950,Josef Albersdestroyed theYale plaster cast collection. The remains were rescued by architect Paul Rudolph and are now displayed atthe Yale Art and Architecture brutalist building of his authorship. Thecollection consisted of a series of classical sculptures used in art and architecture education.Let's not confuse this anecdote with its protagonists, because it is not about Albers or Rudolph. What I want to discuss is much broader and complex; the control and dispute for historical narratives and the construction of history itself. Let's also not confuse history with the past, because the construction of history deals much more with the present and future rather than with the past.Archeology has had a great impact in the production of plaster castssinceit createdan eagerness to reconstructthe dismembered body of antiquityfrom scattered fragments,totry and recuperate the “lost original”. Museums alsohad the possibility to recreate a perfect and linear chronological universal historicity, from ruined fragmentsto a reimagined perfect hyperreal totality at the service of imperial nationalism.The XX century brought the decline of plaster casts. Among the causes was, paradoxically,its own booming industry.Theybecame more ambitious, but also more problematic:they would often arrive splitinto hundreds of pieces with the impossibilityof being correctly assembled. This overproduction brokethe illusion of a historicist linear chronology.When Albers destroyed the collection of casts,he proclaimed “I want to free students from the burden of history and tradition”. What drove the avant gardeto innovate wasnot the vision of the future or of the new, but the conviction that certain aesthetic and cultural forms of their time were no longer viable.This project pretends to give the means of production for articulating our own cultural canon. Today,the failure of the category of universality that permeated a great part of the XX century is evident. Nonetheless it seems that this failure has been translated into a gridded categorization of essentialisms and commodification of different cultural identities.I will take the act of destruction of Albers and try to develop these questions by using the empty space that he created in the classical canon to modify it from the inside.Most of the marble statues from Greco Roman times that are understood as the epitome ofclassical art are copiesof lost bronzesculptures. That too can be a point of departure:there is no essence,but a void or lack. However,any void needs a limit to be able to contain;that’swhy I will not focus on the plaster casts, but on the use ofthe plaster molds:the negative and potential space of production.I chose a series offakeMesoamerican objects donated by Alberts and the Caproni Collection to Yaleto create myown plaster molds.The potential totality of mysculptures doesn’t liein the assemblage of a lost original or in an accumulation of objects,but in the set of relations that can be established between theirdifferent parts. Thebaroque and rhizomatic connectionsin the sculptures will be made by copper pipes.What better material to establish a constant flow of meaning than a great conductor material?I first exploredthe castsby drawingthem. Iwill follow the same process of the plaster molds; each onewill be divided into severalparts andturned into a copper plate. Using the same overproduction that cracked the industry I will create a series of prints. Each plate will be pressed repeatedlyin a chaotic composition until each figure becomes unrecognizable.